You are the only you there is!

But there is a big world out there, a world full of other people. So I want to encourage you that expanding your horizon means not only learning and growing and challenging yourself, but being a blessing to others.

Your personality, your interests and strengths, your experiences (good and bad), your relationships, your training and skills… all combine in a way that is different from anyone else on the planet. And the way you choose to use these unique qualities to serve others is also unique to you.

When you focus on helping others, and you do it authentically (being who you are), you can be a blessing to others in ways you never would have imagined.

When you have an attitude of truly caring about others in whatever you do, in your personal life and also in your work, your own life and the lives of others are enriched.

My daughter, Charisa, wanted a horse from the time she was about two years old. For a few years, toy horses had to do. But still there was that dream.

She also fell in love with baby goats at a petting zoo. She started checking out goat books from the library.

Before she turned ten, she was checking books out for the second time because she was running out of new books to read. She surfed the internet to find out more.

Finally, after she’d been researching goats for a year, we agreed that she could buy two baby Nigerian Dwarf goats — with her own money. One was a doeling (baby girl) and the other a wether (neutered male).

A few weeks later, she got the bright idea of buying an older doe who was already in milk. (If you’re going to have goats, you might as well get milk, right?) So she did.

Although Charisa knew a lot about goats already, we didn’t know how to actually milk a goat. We had never seen it done in real life.

Obviously, the doe would have to stand relatively still to be milked, so we tried to tie her to the side of the goat pen. Yeah, right! With her back feet hopping around as much as she could move them, there was no way we were going to get a squirt of milk into the glass measuring cup we had brought out for that purpose.

I had to search the internet for a milking stand that Charisa could buy locally, right away, before the goat’s milk supply started to decrease.

So we got that figured out. Then Charisa decided she wanted to show this goat at a goat show.

She had made the wise decision in the very beginning to buy registered goats. Registered or unregistered, goats still eat, and still require care, but if they’re registered, you can show them, and you can sell baby goats for a lot more money.

So anyway, taking a goat to a goat show meant shaving her first. Again, there’s just so much you can learn from books. It’s different actually trying to do it. We didn’t know you’re supposed to shave REAL close. We didn’t. It was very choppy and uneven looking.

Charisa showed the goat, getting some tips from other contestants there, who no doubt felt sorry for us. One dear lady became Charisa’s friend and mentor, and would later help save the lives of a couple of Charisa’s goats.

–> Click here if you’d like to learn to work online with the help of a supportive community.

Eventually The Horizon Does Expand

Later shows went better. Charisa had acquired more goats, one being a pretty famous buck (at least well-known among Arizona Nigerian Dwarf breeders). One of the offspring of this buck won Reserve Grand Champion when he was only three months old.

That was the year we packed eight goats in our minivan for the two-hour drive to the show. It was kind of crazy.

Over time, Charisa learned skills that not only helped her, but blessed others as well.

People brought their goats to her to have her draw blood and send it in for testing.

She milked goats for friends while they were on vacation.

She was hired by someone else to tattoo their goats (for identification purposes).

Adults, who probably didn’t know how young she was, but who had seen her website, called and asked her advice on goat care, especially baby goats.

A local store worker called her up and said someone had inquired about goat milk soap… could she sell some to them? She shipped her soap to customers out of state. Some soap even made it to Iran.

People came from various parts of the state to purchase baby goats. As hard as it was to say good-bye after giving them so much love and care, it was rewarding to see families blessed by these bouncing little ones.

At the age of twelve and a half, Charisa had earned enough from the goats to be able to get her first horse.

Training was very hard, because the horse was young and Charisa was young. But eventually, she was able to sell this horse for more than twice what she paid.

Her second horse, Chico, was wonderful. He was already trained, and was like a dream come true. But he colicked severely (an abdominal problem), and she had to make the difficult decision to put him down.

It was through that experience that she met a young lady who is a veterinarian, started riding along with her on farm calls, and was eventually hired as an assistant.

Whether chasing animals who didn’t want to be seen by the vet, or helping to hold a squealing pig while it got a hoof trim, she has learned a lot through helping others with their animals.

And You Find Yourself Doing Things You Never Imagined

What made this possible was that she participated in a youth mustang challenge. Through this, she met new friends (both youth and adults), some who were much more experienced than she was. Members of the group posted about their progress, and a lot of mutual encouragement developed.

After about a month and a half of not being able to even touch Shasta, she got help from one of these new friends.

From that point, Charisa grew tremendously in her ability and confidence with not only mustangs but horses in general.

She sold her goats to have more time for her horses.

She watched hours of training DVD’s, learned from friends, and pushed herself in working with her own horses, despite the heat, dust, and frustrations.

She did a lot of groundwork and desensitizing with Shasta, and got help (from one of her most experienced friends) with saddle training him.

With her second mustang, she was able to do it herself, from getting close enough to touch her, to putting quite a few rides on her. She got the filly to the point of being green broke before selling her to a wonderful home.

By the time she was fifteen, she was training other people’s horses.

In watching Charisa pursue her goals, develop her abilities, and persevere through difficulty, I have observed some important things:

1. Study, research, and training pay off.

2. Mentors and friends are invaluable — their worth is beyond putting into words.

3. You have to be willing to try new things in order to grow.

4. Mistakes along the way are learning opportunities.

5. Helping others not only blesses them, but enriches your life.

6. You can greatly expand your horizons by learning, growing, working hard, and serving others.

I have found these things to be true for me as well, as I have taken my love for writing and tried to use it to bless others.

–> Click here if you want to work hard and be a blessing to others.

How have you expanded your horizons and blessed others? Please feel free to leave a comment below.

10 thoughts on “Expanding Your Horizon: Blessing Others” 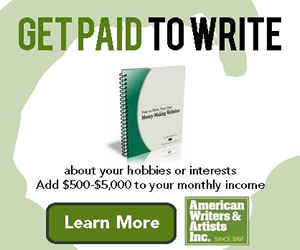